Israel’s premier Ethiopian Israeli-led organization, advocating for an equal and just society. Founded in 1993, AEJ advances equitable policies to close gaps, change prevailing attitudes and improve the quality of life of Israelis of Ethiopian descent on every level: with the community, municipal and state decision-makers, the media and civil society. AEJ constitutes a multi-dimensional platform – based on research and data, profound community involvement, and persistent advocacy with Israeli decision-makers.

The Association of Ethiopian Jews relies on research, information and updated data on a wide-range of topics in order to raise fervent matters and thus bring change in the relevant issues. By cross-referencing between sources from public bodies, research institutes, data processing and data segmentation, we expose problematic issues to decision-makers, whilst making the information broadly accessible to the general public. 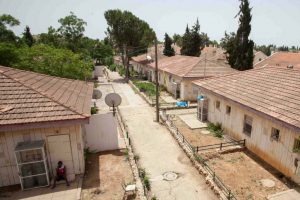